Will the baby mind a little bump-and-grind?

The idea of having sex when you’re expecting might seem a little daunting… or even scary.

If you’re pregnant, sex might be the last thing on your mind — or the first, depending on what your hormones are doing to your sex drive. But seriously, with all the changes happening to your body and your emotions, you might be wondering whether sex is a good idea — or whether it’s safe for the baby (or babies) growing inside you.

So we spoke to two experts to find out: Dr. Mary Jane Minkin, OB-GYN and clinical professor of obstetrics, gynecology, and reproductive sciences at Yale School of Medicine; and Dr. Christine Proudfit, maternal fetal medicine specialist in the Department of Obstetrics & Gynecology at NYU Langone Health.

First of all, it is safe for most women to have sex at at any point during their pregnancy.

According to both experts, penetrative sex is definitely safe throughout a normal pregnancy — so, that means if you don’t have certain complications that would make sex too risky (we’ll explain those in a bit!). “It is highly unlikely for sex during a pregnancy to cause a miscarriage — in most cases, having sex will make no difference for the health of the pregnancy,” Minkin tells BuzzFeed Health. So if you want to have sex and you get the green light from your doctor, go ahead! It can be a great way for partners to bond and stay intimate as they wait for the baby to arrive, Minkin says.

“Sex is usually still okay if you’re pregnant with twins or multiples, unless you have a complication or your doctor tells you to avoid it,” Proudfit tells BuzzFeed Health. And if you have any new symptoms like pain, abnormal discharge, bleeding, or cramping after having sex — always talk to your health care provider. It’s better to be safe.

And no, you aren’t going to poke the baby in the head or traumatize it with the ~motions~ of sex. 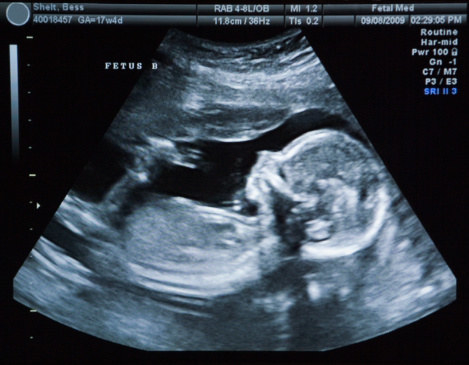 “You will not hit the baby or poke the baby’s head — you can hit the cervix, which is fine if it isn’t too thin or dilated,” Minkin says. When the cervix is thick and healthy, this acts as a barrier to protect anything from going inside the uterus and near the baby. It’s sealed off with a mucus plug, which keeps out germs and other particles. In addition to the cervix, the amniotic sac surrounds the baby like a “water cushion,” Minkin says, protecting it from harm.

However, certain conditions might make it too risky to have sex during your pregnancy. 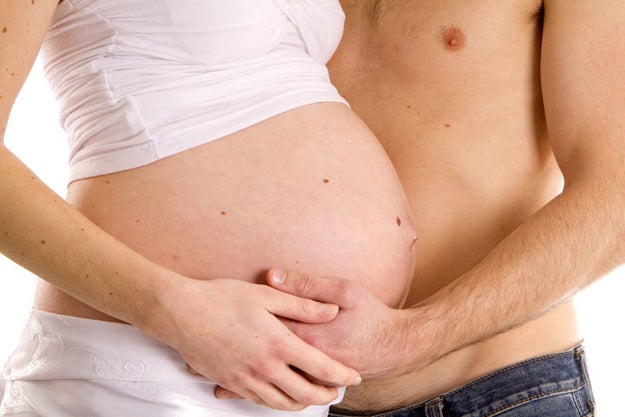 If you have any of these conditions or you have had them in the past, your doctor may tell you to avoid sex for you and your baby’s safety.

* Placenta previa: “In this case, the placenta is too low and comes down over the cervix instead of being up behind the baby,” Minkin says. It can partially or fully cover the cervix and often causes bleeding. “You should avoid penetration because if you poke the cervix too hard, this could damage the placenta and cause more bleeding,” Minkin says. Doctors will follow these patients with ultrasounds to see if the placenta has moved up (which it often does) and sex is safe.

* Cervical incompetence: This means the cervix starts to dilate or become thin too early. “You don’t want to have sex here because it might stretch or open the cervix further which can put you at risk for preterm labor,” Minkin says. Penetration could also cause trauma or promote infection, says Proudfit, or push bacteria up through the cervix and into the fluid surrounding the baby.

* Vasa previa: “This is a rare condition where fetal blood vessels cross over the cervix — if they get hit during sex or tear, the body could lose its blood volume in minutes,” Proudfit says. Women with this condition might have to go on complete bedrest or stay at the hospital until delivery.

* High risk of preterm labor: You might have to avoid sex if you’ve had contractions too early or you have a history of preterm labor. “In these cases, the penetration could poke or stimulate the cervix and you don’t want to do anything that could increase the risk of contractions,” Minkin says. So women who are at a higher risk of going into labor prematurely have to be extra careful.

* Leaking amniotic fluid: If your water started to break too early, then you definitely don’t want to have sex because this could easily spread germs or an infection to the baby since the sac is no longer intact, Proudfit says. But this is another condition that may require a woman to stay in the hospital or get induced, if it’s late enough in the pregnancy.

In these cases, doctors might advise “pelvic rest” which means no vaginal penetration whatsoever. 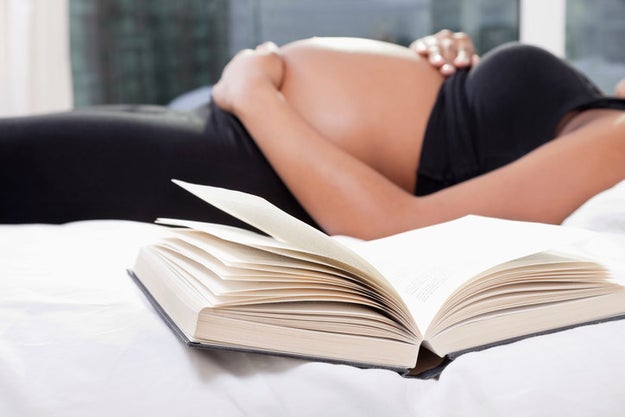 “Orgasms can cause the uterus to contract, but these aren’t continuous contractions like the ones during labor and they will go away, and it isn’t a problem for most women,” Minkin says. So orgasms are safe, even if they make your uterus feel kind of crazy. Researchers used to think that preterm labor could be triggered by contractions caused by prostaglandins in semen or endogenous prostaglandins released from stimulation of the cervix, Proudfit says; but there aren’t enough data to prove that sexual intercourse induces preterm labor.

That being said, your doctor still might tell you to avoid orgasms if you’re at high risk for preterm labor because of the theoretical risk, Proudfit says. “We don’t totally understand why preterm labor happens, but women who are at higher risk shouldn’t do anything that could potentially contribute to it,” Proudfit says. There also isn’t evidence that having sex close to your due date will induce labor, but there’s no harm in trying if it’s safe, Minkin says.

Most sex positions are safe, so it’s more of a comfort issue.

There technically aren’t any positions that are less safe for you or the baby, but some may feel worse than others. “Positions you normally enjoy might not be comfortable during pregnancy because you have this belly in the way — and we know that the frequency of sex does decrease during the third trimester because of these logistical issues,” Minkin says.

Missionary (where the pregnant woman is on her back) tends to be the most difficult position for expecting couples, Proudfit says, and positions where the penetration comes from behind tend to be easier. “Laying on your side or getting in the doggy style position can be better because your belly isn’t in the way,” Minkin says. The experts also suggest using pillows to prop up the pelvis or cushion the stomach so sex is more comfortable. Don’t be afraid to get creative!

“Performing oral sex isn’t an issue and receiving oral sex is fine as long as you aren’t at high risk for preterm labor and your doctor advises against orgasms,” Minkin says. However, if the pregnant woman is receiving oral sex, their partner should avoid blowing air directly into the vagina. It could cause a rare but potentially life-threatening complication called a venous air embolism.

What about condoms? Well, in some cases, you do still need to use them. 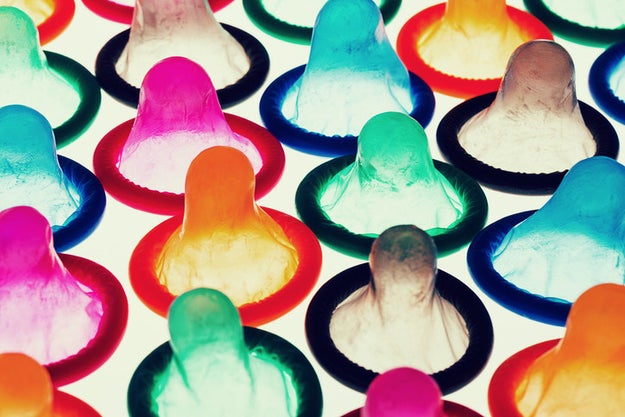 “If the relationship isn’t mutually monogamous — so if the pregnant woman or her partner is having sex with new partners — then you need to wear a condom for STI protection,” Minkin says. Sexually transmitted infections (STIs) can not only affect the woman’s health, but they can also pass to the baby and cause problems. “If you’re pregnant, you should also use condoms if your partner is HIV-positive and you aren’t, and if your partner is having an active herpes outbreak and you aren’t (or you aren’t sure about your status),” Proudfit says.

You’ll also need to use condoms if your partner is a man (or you have sex with a man) who has traveled to an area where the Zika virus is endemic. This is because Zika is sexually transmitted and infection during pregnancy is linked to birth defects like microcephaly. “The Zika virus can stay in semen for up to six months, so if your partner has traveled to a region with Zika we usually advise these couples to wear a condom for the rest of pregnancy,” Proudfit says.

That being said — if you don’t want to have sex or it’s stressing you out, that’s also totally fine.

“If you don’t feel like having sex or it’s too uncomfortable — don’t do it. Lots of people feel that way when they’re pregnant, it’s okay,” Minkin says. Sex can be a great stress reliever, but it can also do the reverse. So if you tend to freak out or have anxiety after sex because you’re worried it did harm (even though it’s usually safe), then maybe lay off to avoid the added stress, Proudfit says.

And if you simply just don’t want to have sex for whatever reason, don’t feel bad about it. “Pregnancy can cause a wide range of changes in sex drive — some people want it all the time, some people don’t want it at all, so it really depends on the individual,” Proudfit says. So just do whatever feels right for you and your body.

Finally, if you have any questions or concerns, always talk to your OB-GYN — the subject can be a bit uncomfortable, but doctors are there to help. 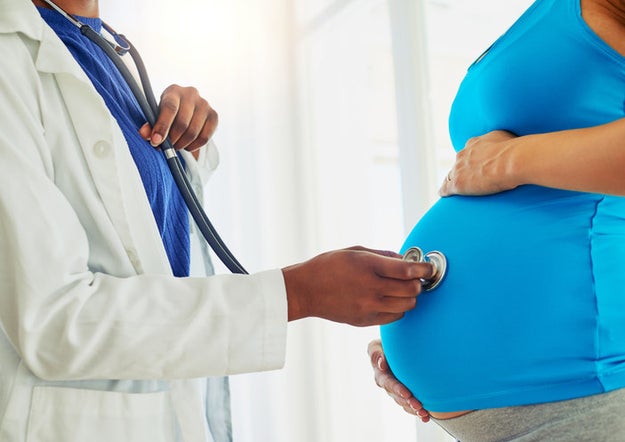 You want to make sure that if you are having sex during your pregnancy that it’s safe, and you are as comfortable and happy as possible — your doctor can help a lot with that. “Some people are actually hesitant or embarrassed to talk about their sex life with their doctor, but we promise you that we’ve heard it all and we are here to help,” Proudfit says. So when in doubt, just talk to your doctor!